Will “Russiagate” backfire on the Left? 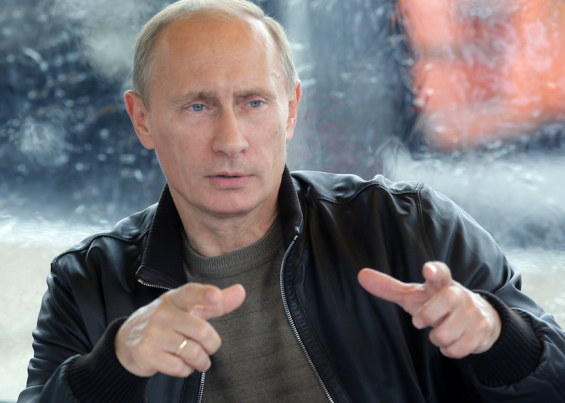 The big losers of the Russian hacking scandal may yet be those who invested all their capital in a script that turned out to based on a fairy tale.

( Article by Tyler Durden from zerohedge.com )

In Monday’s Intelligence Committee hearings, James Comey did confirm that his FBI has found nothing to support President Trump’s tweet that President Obama ordered him wiretapped. Not unexpected, but undeniably an embarrassment for the tweeter-in-chief.

Yet longer-term damage may have been done to the left. For Monday’s hearing showed that its rendering of the campaign of 2016 may be a product of fiction and a fevered imagination.

After eight months investigating the hacking and leaking of the emails of Clinton campaign chief John Podesta and the DNC, there is apparently no evidence yet of Trump collusion with Russia.

Former Director of National Intelligence Gen. James Clapper has said that, as of his departure day, Jan. 20, he had seen no evidence of a Russia-Trump collusion.

Former acting CIA Director Michael Morell also made that clear this month: “On the question of the Trump campaign conspiring with the Russians here, there is smoke, but there is no fire, at all. … There’s no little campfire, there’s no little candle, there’s no spark. And there’s a lot of people looking for it.” Morell was a surrogate for the Hillary Clinton campaign.

But while the FBI is still searching for a Trump connection, real crimes have been unearthed — committed by anti-Trump bureaucrats colluding with mainstream media — to damage Trump’s presidency.

There is hard evidence of collusion between the intel community and The New York Times and The Washington Post, both beneficiaries of illegal leaks — felonies punishable by up to 10 years in prison.

While the howls have been endless that Trump accused Obama of a “felony,” the one provable felony here was the leak of a transcript of an intercepted conversation between Gen. Michael Flynn and the Russian ambassador.

That leak ended Flynn’s career as national security adviser. And Director Comey would neither confirm nor deny that President Obama was aware of the existence of the Flynn transcript.

So where do we stand after yesterday’s hearing and eight-month FBI investigation? The Russians did hack Podesta’s email account and the DNC, and while the FBI has found no evidence of Trump campaign collusion with the Russians, it is still looking.

How could DNI Director Clapper and CIA Director Morell say that no connection had been established between Trump’s campaign and the Russians, without there having been an investigation? And how could such an investigation be conclusive in exonerating Trump’s associates — without some use of electronic surveillance?

Did the FBI fly to Moscow and question Putin’s cyberwarfare team?

More questions arise. If, in its investigation of the Russian hacking and a Trump connection, the FBI did receive the fruits of some electronic surveillance of the Trump campaign, were Attorney General Loretta Lynch, White House aides or President Obama made aware of any such surveillance? Did any give a go-ahead to surveil the Trump associates? Comey would neither confirm nor deny that they did.

So, if Obama were aware of an investigation into the Trump campaign, using intel sources and methods, Trump would not be entirely wrong in his claims, and Obama would have some ‘splainin’ to do.

Is the FBI investigating the intelligence sources who committed felonies by illegally disclosing information about the Trump campaign?

Comey would not commit to investigate these leaks, though this could involve criminal misconduct within his own FBI.

Again, the only known crimes committed by Americans during and after the campaign are the leaks of security secrets by agents of the intel community, colluding with the Fourth Estate, which uses the First Amendment to provide cover for criminal sources, whom they hail as “whistleblowers.”

Indeed, if there was no surveillance of Trump of any kind, where did all these stories come from, which their reporters attributed to “intelligence sources”?

Attorney General Jeff Sessions has recused himself from any role in the Russian hacking scandal. But the Justice Department should demand that the FBI put the highest priority on investigating the deep state and its journalistic collaborators in the sabotage of the Trump presidency.

If Comey refuses to do it, appoint a special counsel.

In the last analysis, as Glenn Greenwald, no Trumpite, writes for The Intercept, the real loser may well be the Democratic Party.

If the investigation of Russiagate turns up no link between Trump and the pilfered emails, Democrats will have egg all over their faces. And the Democratic base will have to face a painful truth.