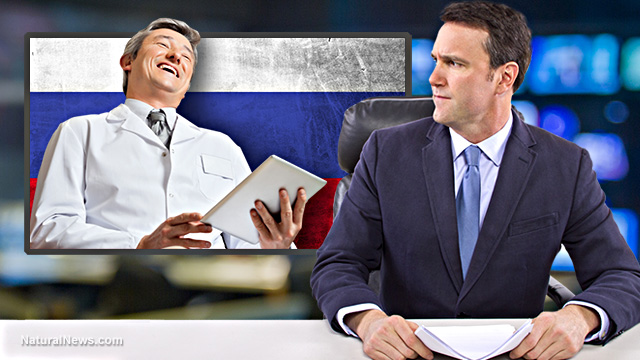 We have now entered the realm of such a complete abandonment of journalistic ethics that mainstream media news outlets now believe they have the right to fabricate fake news by inventing “anonymous sources” to bolster whatever fake news they wish to write.

This actually isn’t something new to the Washington Post, NYT, USA Today and so on. In fact, the Washington Post had to give back a Pulitzer Prize after it was discovered their “star” journalist (Janet Cooke) totally fabricated a highly celebrated series of stories. As covered by Natural News:

Enter Janet Cooke, a young African-American reporter who was forced to admit that her award-winning story about an alleged 8-year-old heroin addict in Washington, D.C., was all a fabrication.

As noted by The Hoax Project at the University of Maryland, her story, “Jimmy’s World,” was said to be based on interviews with the boy, his mother and his mother’s boyfriend. But after several aspects of her story began to collapse under scrutiny, she had to acknowledge that she never met or interviewed anyone like that, “and that she made up the story of Jimmy based on a composite of information about heroin addiction in Washington” gleaned from various sources. The admission came after other revelations that key statements she had given in an autobiographical report to Pulitzer officials were also false.

The difference between Janet Cooke’s saga and today’s Washington Post is that today, nobody at the Washington Post thinks there’s anything wrong with totally fabricating the news as long as it helps destroy vaccine skeptics, GMO skeptics or President Trump. In other words, “journalism” at the Washington Post now means the ends justify the means. If they have to fabricate sources, distort facts, deliberately quote people out of context or even wholly fabricate “facts” for their reports, they are more than happy to do that because it works toward their nefarious end goals of overthrowing the government, silencing vaccine critics, promoting the corrupt pharmaceutical industry and so on.

Today, the Washington Post — just like the New York Times, CNN and MSNBC — routinely fabricates “anonymous sources” that aren’t even real people. Through “anonymous sources,” they can pretend that anybody told them anything they want to report. This is how the New York Times, WashPost and most other mainstream media outlets just pursued a hilarious marathon of totally fabricated, fake news about the firing of James Comey: (every single one of these headlines is factually FALSE) Where did all these news sources come up with this fake news story on James Comey? They cited “anonymous sources,” of course! Because they don’t provide the names of their sources, whatever they claim these sources have said can be completely made up out of thin air. Once the New York Times publishes a totally fake news story based on anonymous sources, other news sources then cite the NYT, which they claim is a “credible source.” From there, the story spreads across the blogosphere, with bloggers and smaller news sites citing the NYT, Washington Post, CNN and everybody else who starts parroting the fabricated, fake news.

Google News, which is populated almost entirely with fake news — because Google bans all independent media news sources — then grants the fake news even more apparent credibility, fooling Google users into believing that whatever shows up on Google News must be real, since Google only carries “credible” news sources. (Hilarious, I know.)

This is exactly how the entire “Russians hacked the election” lunatic conspiracy theory became a mass hallucination among delusional Leftists. It never mattered to the NYT, WashPost and CNN that there wasn’t a single shred of real evidence to back up their conspiracy theory; they reported on it as “fact” by citing — guess what? — anonymous sources.

Here’s the thing about anonymous sources: Depending on the level of mental illness currently afflicting the Left-wing reporter in question, anonymous sources can literally be nothing more than voices in their own heads.

If they think they are hearing God talk to them through voices in their head, they can literally cite anything that voice tells them as “a high-level source that declined to be identified.”

We already know that extreme Leftism is a form of mass mental illness, with Leftists across America now sharing bizarre mass hallucinations on everything from the Russians to imagined “tolerance” as they call for the murder of people they don’t like. As a great example of this, Left-wing journo-terrorists at the Boston Herald recently called for government-run execution squads to mass murder “anti-vaxxers.” Because they are psychotic and mentally ill, they don’t see anything wrong with this. This reflects a widespread collapse of mental health we are all witnessing right now across Left-wing culture, including “journalists” who have become rabid, frothing creatures of hatred and violence who openly call for the mass murder of their political opponents.

Truly stated, many people pretending to be Left-wing journalists need to be institutionalized and treated for serious mental health disorders. Maybe then the “anonymous sources” voices in their heads will finally stop talking to them.

Stay informed about all the fake news in the mainstream media at MediaFactWatch.com or Libtards.news.

Also, check out the new book by Jim Goad called “The New Church Ladies,” which exposes the astonishing lunacy of the new, intolerant Left (which typifies Left-wing journalists). From the book’s description:

Hey, you! That’s right—YOU! Do you constantly find yourself grievously offended by racism, sexism, homophobia, transphobia, Islamophobia, xenophobia, hatred, patriarchy, toxic masculinity, rape culture, and bigotry? When you look around, do you find nearly everything “unacceptable” and “problematic”? Do you take psychiatric medication to help you cope with all the world’s injustice? Do you walk around wearing diapers on your heart all the time? Are you relentlessly seeking “safe spaces” to get away from all the “microaggressions” that life unfairly hurls at you? Do you cry when people say mean things? Do you classify anyone who disagrees with you as a “fascist,” a “bigot,” a “hater,” a “white supremacist,” and a “Nazi”? Do you believe that “hate speech” is different than “free speech”? Do you often mistake mere words for literal violence? Do you think that people should be beaten up, jailed, or even murdered for harboring or expressing “right-wing” thoughts? Have you ever chanted in public with a group of likeminded, politically motivated individuals? Do you think that anyone who disagrees with you should lose their job? Have you ever told anyone to check their privilege? Are you convinced that you’re on the “right side of history”? Do you feel “oppressed” even though you’ve never worked an honest day in your life and still receive handouts from your parents and the government? Do you feel that “social justice” can be objectively defined and ultimately achieved? Do you think straight white males are the primary source of all human suffering throughout global history? If so… YOU’RE THE F##KING PROBLEM, YOU UPTIGHT, CENSORIOUS, SELF-RIGHTEOUS A##HOLE!