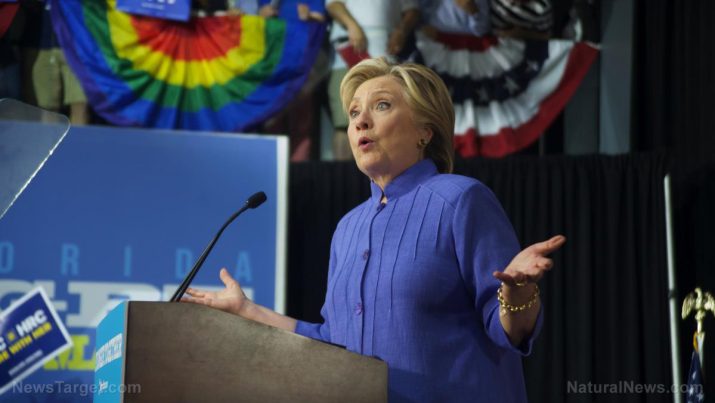 An absolute bombshell report was published Tuesday that refutes completely the discredited “mainstream media” and Democratic Party lie that Russia was behind the hack of the Democratic National Committee’s email in the months leading up to the November election.

Fox News’ Malia Zimmerman writes that murdered DNC staffer Seth Rich was in contact with whistleblower website WikiLeaks and turned over “thousands” of emails to the site pertaining to the corrupt inner workings of the organization:

The Democratic National Committee staffer who was gunned down on July 10 on a Washington, D.C., street just steps from his home had leaked thousands of internal emails to WikiLeaks, investigative sources told Fox News.

A federal investigator who reviewed an FBI forensic report — generated within 96 hours after DNC staffer Seth Rich’s murder — detailing the contents Rich’s computer said he made contact with WikiLeaks through Gavin MacFadyen, a now-deceased American investigative reporter, documentary filmmaker, and director of WikiLeaks who was living in London at the time.

The federal investigator told the news site: “I have seen and read the emails between Seth Rich and WikiLeaks,” confirming that MacFadyen was genuine.

These claims are in line with details unearthed by Rod Wheeler, a former Washington Metropolitan Police homicide detective and contributor to Fox News. His private detective firm was hired by the Rich family to get to the bottom of his murder.

You may recall that Rich was shot very early in the morning walking home from a bar in D.C. He was very close to his home when he was gunned down. More intriguing is though D.C. police have labeled the murder a botched robbery, not a thing was stolen from Rich, though the shooter appeared to have plenty of time.

Also, as Fox News noted, D.C. Metro PD isn’t being cooperative; they won’t talk to the press and they won’t release video footage of the murder, which is standard procedure when cops are actually trying to find out whodunit.

The federal investigator said that Rich sent MacFadyen 44,053 emails which contained 17,761 attachments from January 2015 through May 2016.

On July 22, just 12 days after Rich was killed, WikiLeaks published internal DNC emails that appeared to show top party officials conspired to stop Sen. Bernie Sanders of Vermont from becoming the party’s presidential nominee. That controversy resulted in Debbie Wasserman Schultz resigning as DNC chairperson. A number of Sanders supporters refused to back party nominee Hillary Clinton, and some subsequently formed groups to work against Clinton and the party.

WikiLeaks founder Julian Assange has repeatedly claimed that Russia was not the source of the documents. That claim was echoed by former Trump campaign chief Roger Stone just last week.

What’s more, as Natural News founder/editor Mike Adams, the Health Ranger, reported in December, citing an exclusive from the UK’s Daily Mail, the DNC wasn’t hacked at all, but that documents provided to WikiLeaks were done the old-fashioned way – they were leaked – by someone upset at the way the DNC was treating Sanders:

After days of witnessing the left-wing media hyperventilate over completely fabricated claims that “the Russians” hacked the DNC emails and turned them over to Wikileaks, it turns out the emails were actually leaked by a DNC insider who was angry about the orchestrated elimination of Bernie Sanders by Clinton operatives.

The UK Daily Mail is now reporting that Craig Murray, the former British ambassador to Uzbekistan, personally met the email leaker who handed him the emails files later released by Wikileaks. The email leaker, a Bernie Sanders insider, was reportedly motivated by “disgust at the corruption of the Clinton Foundation and the tilting of the primary election playing field against Bernie Sanders,” reports the Daily Mail.

The hand-off took place in Washington D.C. in a wooded area near American University, Murray explained.

“As Julian Assange has made crystal clear, the leaks did not come from the Russians,” writes Murray on his website. “As I have explained countless times, they are not hacks, they are insider leaks – there is a major difference between the two. And it should be said again and again, that if Hillary Clinton had not connived with the DNC to fix the primary schedule to disadvantage Bernie, if she had not received advance notice of live debate questions to use against Bernie, if she had not accepted massive donations to the Clinton foundation and family members in return for foreign policy influence, if she had not failed to distance herself from some very weird and troubling people, then none of this would have happened. The continued ability of the mainstream media to claim the leaks lost Clinton the election because of ‘Russia’, while still never acknowledging the truths the leaks reveal, is Kafkaesque.”

But still, the disgusting #NeverTrump Washington media has continued to echo the lie that the DNC was hacked, and this despite the fact that the organization refused to give the FBI permission to examine their email system in order to confirm it.

As we have said early and often, this entire “Russia-Trump-collusion-hacking-steal the election” narrative is a massive hoax committed against the American people by the Washington establishment and Deep State.

This latest report by Fox News – which, frankly, should be the No. 1 story of the day if not the entire election – proves that the Russians are being blamed for something Moscow did not do. (RELATED: Bombshell: Murdered DNC staffer Seth Rich leaked ‘thousands of emails’ to WikiLeaks)

This isn’t to say that the Kremlin has not attempted to interfere in U.S. elections; Russia’s been trying to do that since the days of the Cold War (and vice versa for the United States). But to blame them for something that they obviously did not do is irresponsible and conspiratorial.

Democrats and Deep State operatives have been claiming that Russia was trying to undermine confidence in our electoral system. The truth is, the Democratic Party is trying to do that.

People should be going to jail for this.

Stay up to date on what’s real and what isn’t at Rigged.news and Hoax.news.