Thanks to fake news from CNN, NYT and WashPost, journalism is now officially DEAD across the establishment media 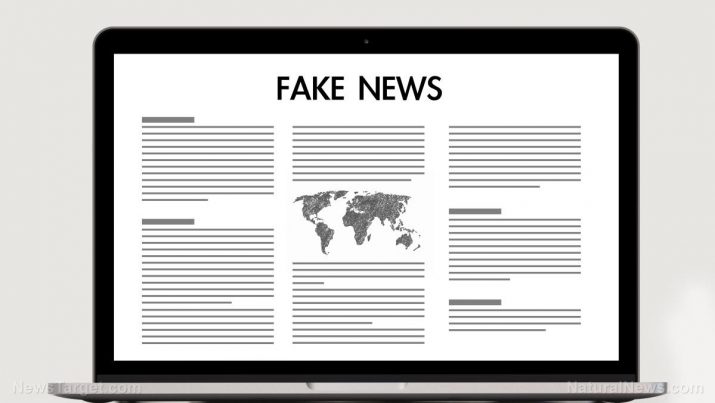 Now that the truth has finally been confirmed that fake news kingpin CNN completely fabricated the narrative that Donald Trump is somehow illicitly involved with Russia, the mainstream media has a serious trust problem on its hands. Not only has CNN forever tarnished its own reputation by publishing fiction as fact – and knowingly so – but so have many other corporate news outlets like The New York Times (NYT) and The Washington Post (WP), both of which took the false narrative and ran with it.

In case you missed it, CNN recently nudged the resignation of three of its top-level journalists, including a Pulitzer Prize-winning editor, after being threatened with a libel lawsuit over a made-up story it published about a Trump advisor supposedly having investment dealings with Russia. When the story was proven to be completely false, and the individual in question threatened retaliation, CNN went into self-preservation mode trying to bury its malfeasance and sweep the whole thing under the rug and into the memory hole.

But the world was paying close attention this time, and now everyone is fully aware that CNN has no qualms about abandoning all journalistic integrity in trashing the president if it means boosting its own ratings. It’s abundantly clear at this point that CNN will do or say anything, including blatantly lying to the public, in order to push its own agenda – the very definition of fake news that President Trump so succinctly emphasized when this whole saga first began.

“That article – like so much Russia reporting from the U.S. media – was based on a single anonymous source, and now, the network cannot vouch for the accuracy of its central claims,” writes Glenn Greenwald for The Intercept about the scandal of all scandals that portends to take down the entire CNN empire.

NYT, WashPost are next if they don’t clean up their act – and fast

Though CNN is at the center of this glaring misconduct, the company certainly didn’t act alone. Nearly all the big names in mainstream news have been publishing fake story after fake story alleging ties between the Trump administration and Russia that simply don’t exist. And in almost every instance, their “evidence” of this has been some cryptic, anonymous source that can’t be verified.

“CNN is hardly alone when it comes to embarrassing retractions regarding Russia,” adds Greenwald. “Over and over, major U.S. media outlets have published claims about the Russia Threat that turned out to be completely false – always in the direction of exaggerating the threat and/or inventing incriminating links between Moscow and the Trump circle.

“In virtually all cases, these stories involved evidence-free assertions from anonymous sources that these media outlets uncritically treated as fact, only for it to be revealed that they were entirely false.”

It’s a disappointing and perhaps shocking revelation for people who still had faith in the mainstream media, believing it to be an honest source of unbiased and real news. Coming to the realization that what you thought was true is actually false is certainly disruptive, if not deeply unsettling. But the truth will set you free, as the Good Book says, and in this case, it vindicates our president as being valid and having won the election fair and square.

At the same time, more people than ever will now look to alternative sources for news that cover issues the mainstream media won’t. The demand for honesty and integrity will increase as the liars in the dinosaur media crumble into oblivion. Perhaps it’s all just a necessary preface to seeing the types of change and reform that are desperately needed in the world of journalism.