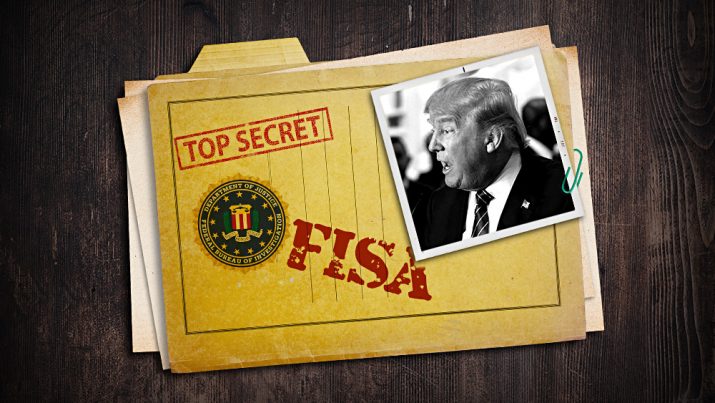 The FISA memo release describes a shocking series of criminal abuses of power at the highest levels of the FBI and DOJ — all under Obama.

As the memo reveals, not only did top FBI and DOJ officials conspire to defraud the FISA court in order to illegally spy on American citizens, the key operatives in this process were fully aware they were committing law enforcement fraud during the entire process.

The abuse of power now evident at the highest levels of the Obama regime — which weaponized the government to target and destroy political enemies — is the most egregious political scandal in the history of this nation, easily dwarfing the relatively minor events surrounding Watergate.

CONFIRMED: America was a police state under the Obama regime

Yet despite the shocking abuse of power that now confirms America functioned as a police state regime under Obama, the criminal actions of top FBI / DOJ officials are not being called out by a single prominent Democrat or left-wing media publisher. In every single case, Democrats and fake news media outlets are choosing to attack the FISA memo instead of apologizing for their role in perpetuating these outrageous abuses of power that qualify as treason.

Remember: The entire purpose of this deep state operation was to remove a democratically elected President from power by any means necessary, including the weaponization of police state powers in a corrupt government that targeted American citizens.

An unprecedented Government abuse of power and corruption case. Those involved used HRC bought and paid for Russian lies as the basis to obtain a FISA warrant vs an opposition party candidate and Potus elect. And worse, they knew it was full of lies, and not verified.

To Democrats, there’s nothing wrong with government tyranny

It is stunning — and yet somehow entirely expected — that there isn’t a single left-wing media outlet owning up to their role in this outrageous abuse of government police state powers. Mother Jones, Yahoo, CNN, NYT and the Washington Post were all complicit in this astonishing conspiracy.

To the left-wing media and Democrats, you see, there’s nothing wrong with weaponizing government against your political enemies. After all, that’s what Lois Lerner did at the IRS. It’s what the EPA did against farmers and ranchers. It’s what the BLM did against ranchers in Nevada. It’s what the ATF did against David Koresh in Waco, and it’s a perfect reflection of the way totalitarian Democrat lawmakers and bureaucrats see a “legitimate” role of Big Government: To destroy their political opposition by any means necessary.

Astonishingly, this FISA memo release not only exposes the extreme corruption, collusion and criminality of the Obama / Clinton regime, it also exposes the willing complicity of Democrats and the left-wing media to willfully abuse government power in order to destroy a political target. They aren’t even pretending to support democracy or the rule of law. They aren’t even pretending to respect a democratic election or the will of the People. Instead, they actively collude with deep state operatives to knowingly publish false, dangerous and even treasonous lies in order to brainwash the public into an angry rage that now infects the minds of millions of Americans who follow left-wing #fakenews.

We are now entering an era of unprecedented weaponization of the media, used against the People as a mind control “journo-terrorism” institution. God help us all. Now, more than ever, you need to take a stand for America and fight against the lies and deceptions of the toxic, anti-American left-wing media.