No “gunsplaining”— Anti-gun liberals don’t want to hear how guns actually work, because it contradicts their internal myths 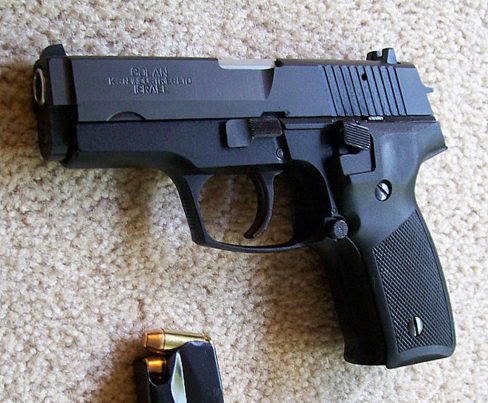 Say you’re a gun owner who’s just heard someone who is anti-gun give a speech to a large crowd in which he or she got several things wrong about firearm characteristics, capabilities, and uses.

Naturally, you’d want to set the record straight, right? I mean, after all, you may not change anybody’s mind about gun ownership but you’d at least know in your heart of hearts that crowd was given facts about guns and not incorrect information. That’s the whole point of debate — making an informed decision.

Well, now the Left wants to have it both ways when it comes to discussions about guns. Not only do they want to reserve the right to be completely wrong about many gun facts, they don’t want anyone telling them anything different.

Because that would be “gunsplaining,” and you know, gunsplaining is the new form of pro-gun bullying.

The Washington Post (no surprise there) published a piece recently by Task and Purpose senior editor Adam Weinstein, who wrote:

The phenomenon isn’t new, but in the weeks since the tragic shooting at Marjory Stoneman Douglas High School in Parkland, Fla., a lot of gun-skeptical liberals are getting a taste of it for the first time: While debating the merits of various gun control proposals, Second Amendment enthusiasts often diminish, or outright dismiss their views if they use imprecise firearms terminology. Perhaps someone tweets about “assault-style” weapons, only to be told that there’s no such thing. Maybe they’re reprimanded that an AR-15 is neither an assault rifle nor “high-powered.” Or they say something about “machine guns” when they really mean semiautomatic rifles. Or they get sucked into an hours-long Facebook exchange over the difference between a “clip” and a “magazine.”

Has this happened to you? If so, you’ve been gunsplained: harangued with the pedantry of the more-credible-than-thou firearms owner, admonished that your inferior knowledge of guns and their nomenclature puts an asterisk next to your opinion on gun control.

Okay, look, he’s got a point and when put in this context, I can’t reasonably argue that the incidents he’s describing are incorrect. Many gun owners do demand precision when it comes to debating the pros and cons of possessions (and a right) they hold near and dear. (Related: Left’s gun control front man David Hogg suddenly cares about the Constitution, but can’t correctly cite it.)

But seriously, Adam, what else can be expected? Gun owners are under constant assault these days — pun intended — and from some of the biggest hypocrites and gun dummies on the planet. When 99.999 percent of AR-15 owners will kill no one — today or ever — how are they supposed to respond?

I mean, if a gun critic can’t even be bothered to take the time to learn about the weapons they criticize, why should their criticisms be taken seriously? Gun owners are expected to know everything about their weapons but non-gun owners can get away just being the loudest critical voice in the room?

When gun owners are told they “need to have a serious discussion about guns,” they instinctively know what that really means: ‘We want to take away more of your gun rights.’ You know it and I know it. So the least they should expect is to have that debate with people who know what they’re talking about.

As for your loss, Adam — in the Parkland shooting — you have my empathy. Seriously. I’ve lost friends and mentors too (at home and in Afghanistan).

But come on. The failings in Parkland had a lot less to do with the gun Nikolas Cruz used than the failure of the procedures and mechanisms in place to prevent a guy like him from doing what he did. That’s just true.

Meantime, if it takes gunsplaining to ward off growing numbers of Americans who have no idea the risk they would put themselves and their children if they were successful in getting rid of the Second Amendment, so be it.